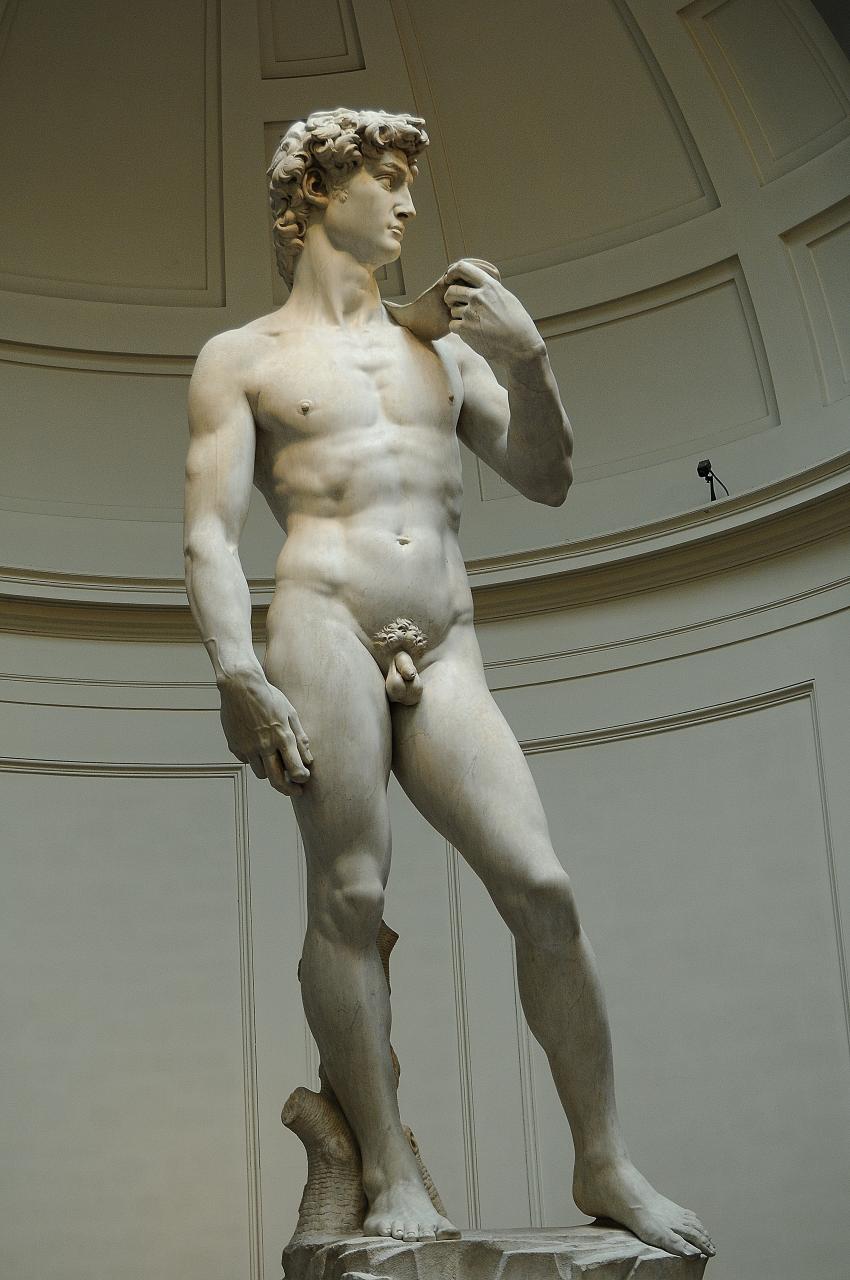 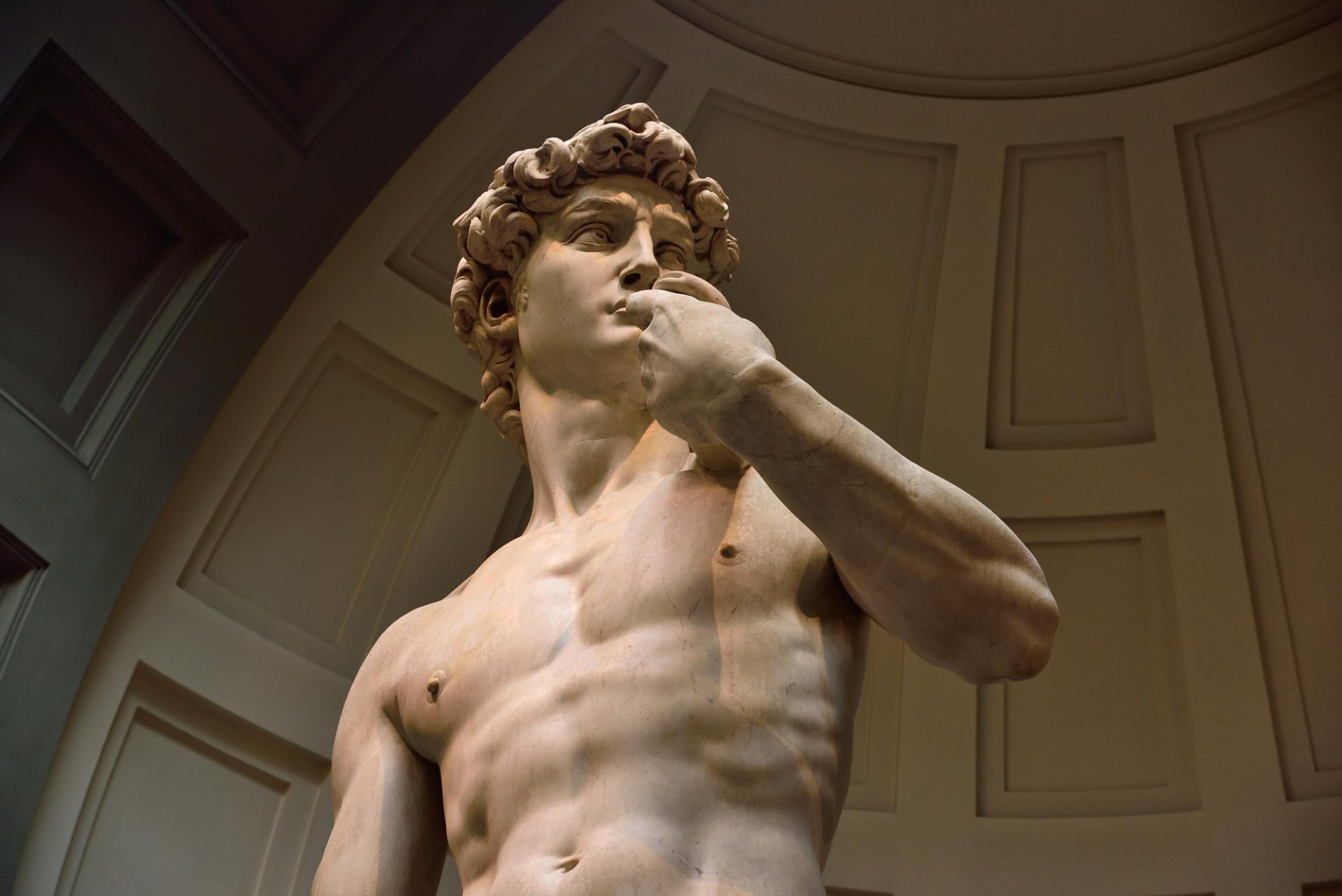 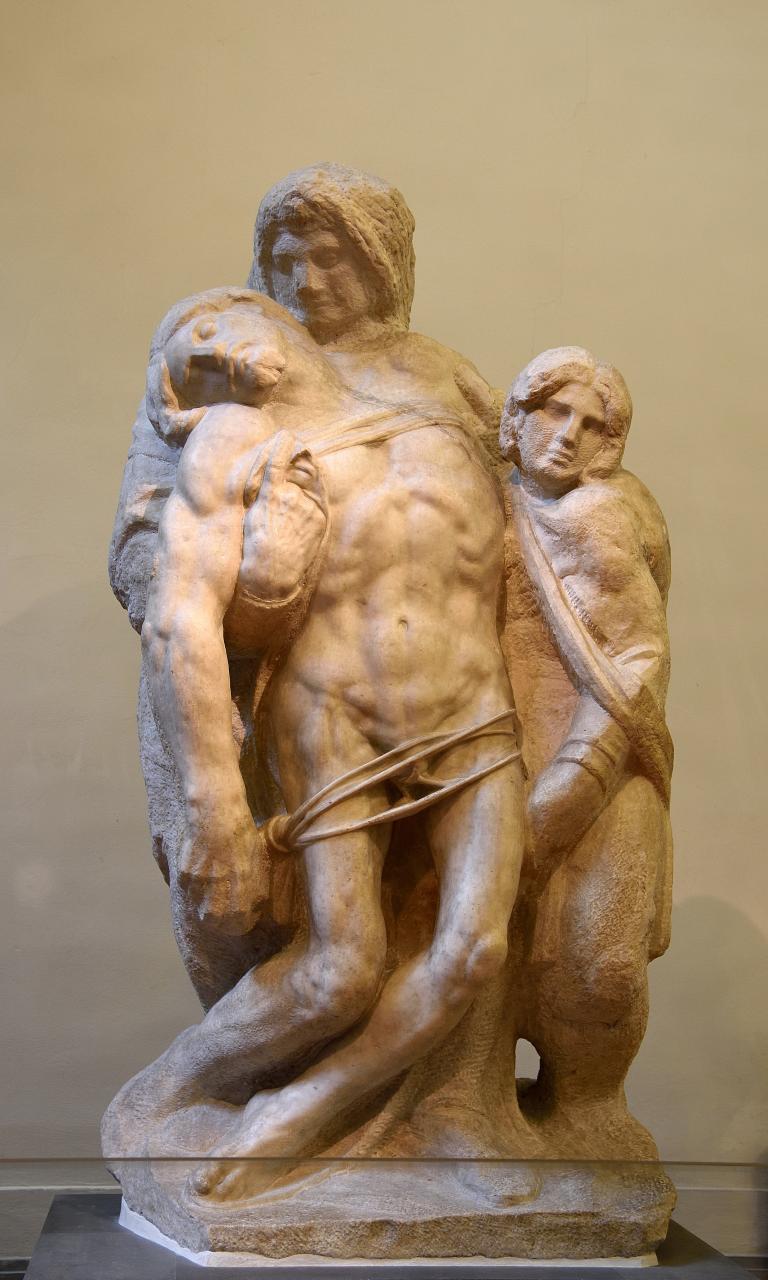 This is a guided tour focused on Michelangelo's David, the most famous sculpture in Florence currently at the Accademia Gallery. Many people believe that David is the most beautiful statue ever carved by man and it is definitely considered one of the symbols of Renaissance. Visiting this Museum with a private guide you will learn history, significance and curiosities of a such masterpiece as well as the special artist technique. We will be featuring the master at work with his hammer and chisels and also give you the chance to look at some of his most celebrated unfinished works, mainly known as Prisoners.

Before entering the main section of the Accademia Gallery, you need to be introduced to Michelangelo's background.

That's why we start the tour from the Colossus Room, named after a huge plaster copy of a Roman statue, actually where the original life-size cast of Giambologna's Rape of Sabines is set surrounded by framed works from the 15th century. Here we can see several paintings made by artists of primary importance such as Sandro Botticelli, Perugino and Filippino Lippi to better understand the evolution of artistic disciplines in the early Renaissance.

The sculpture has been set under a glass dome, built by the architect Emilio de Fabris in 1882, who designed this space on purpose, to maximize its beauty and allow vision from different angles. The statue depicts the hero from the Old Testament, who's going to defeat the giant named Goliath and has been traditionally related with the ideals of freedom and independence.

Michelangelo was 26 years old when he started working on David and it took three years to finish it. It was immediately evident how hard would have been to complete the job, because of the size and the poor quality of the marble stone. Not everyone knows that David statue was originally commissioned to decorate a pillar of the Cathedral (link alla pagina highlights) and two sculptors before him had tried to carve it, giving up after a few weeks. But the rising star of Florentine art scene was confident of his talent and sure the idea he had worked out in his mind had found full expression in the matter. That's how the impossibile took shape, the piece of stone became a masterpiece and the masterpiece became a myth.

During your private guided tour it will be amazing to compare the sublime charm of David with the extraordinary collection of his unfinished pieces:

the four powerful Prisoners, the mighty Saint Matthew and the mysterious group of Palestrina Pietà. The gigantic figures called Prisoners (I Prigioni) had to be part of the decoration for the immense mausoleum of Pope Julius II della Rovere in Rome and for several reasons, never accomplished.

The issue of the tomb was may be the greatest regret in Michelangelo’s life, since the project was revised a total of fives time over a period of forty years. These male characters appear from the very first version arranged on the lower part of the monument and were supposed to represent the lands under the rule of Catholic Church state. The statues exposed here date back to the last design and were considered the hedge of Michelangelo's art even by the contemporaries, who admired the dynamic tension of their bodies, suggesting the idea of a man in struggle with the block of marble.

Private guided tour of the Accademia