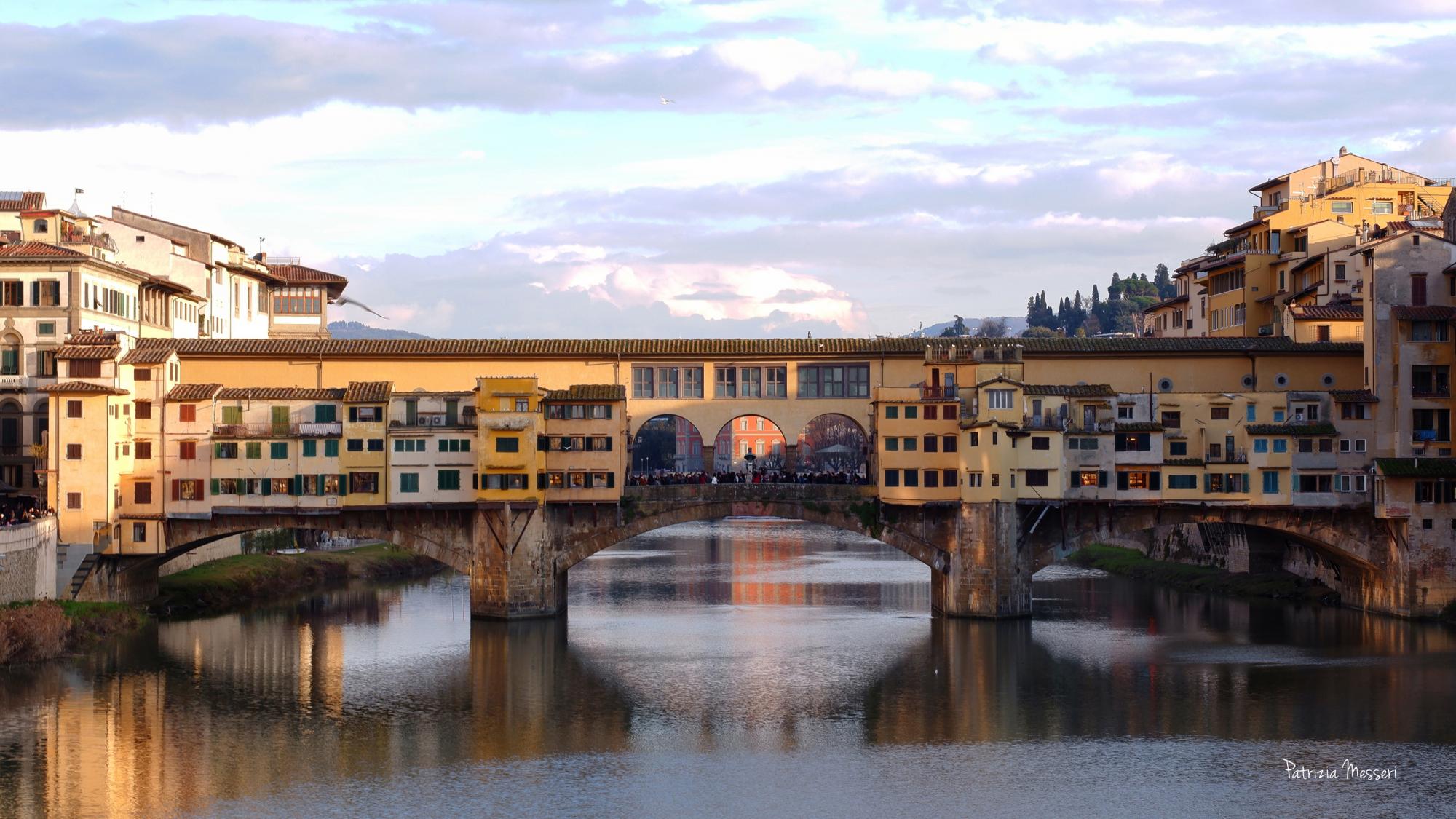 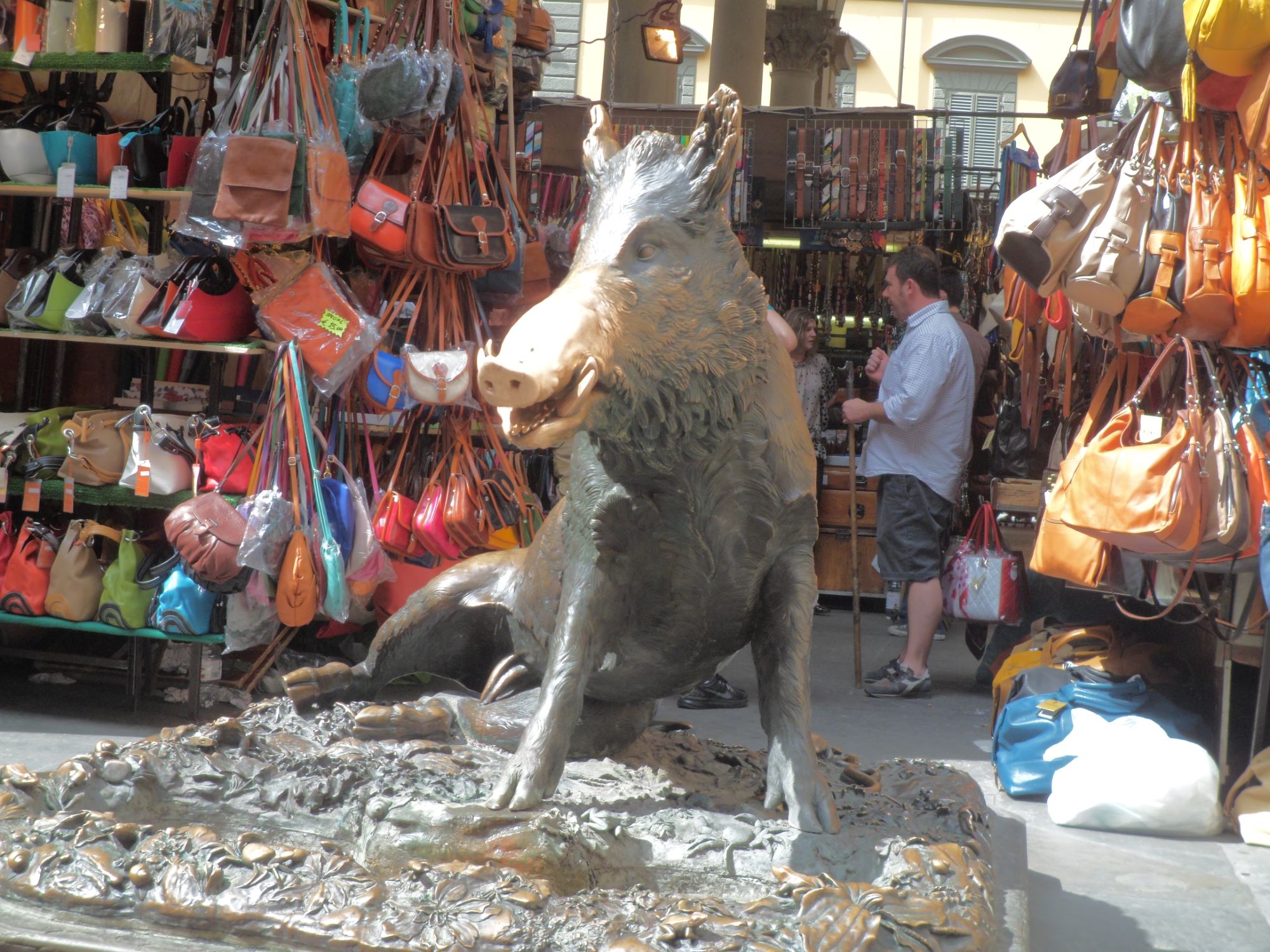 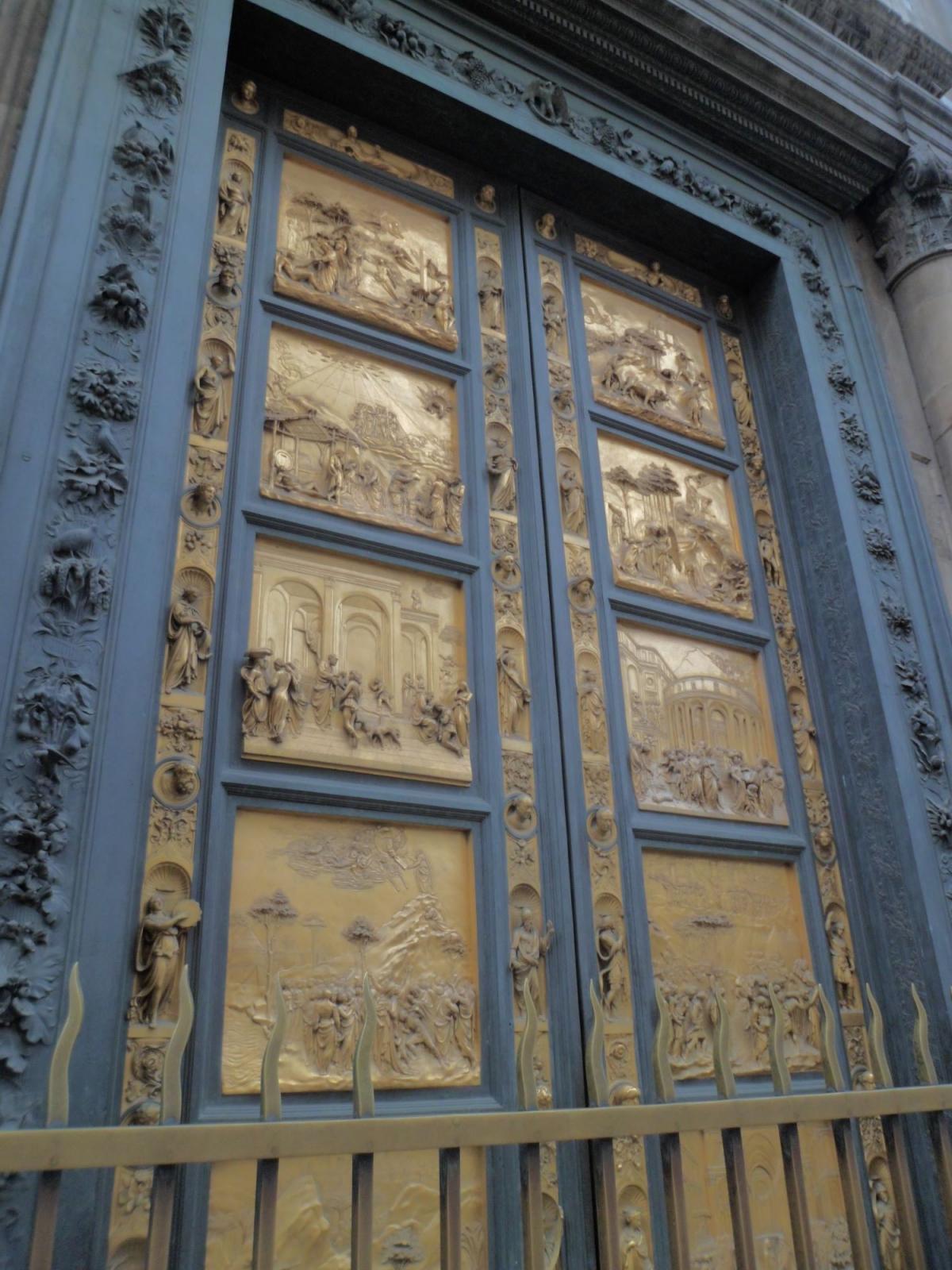 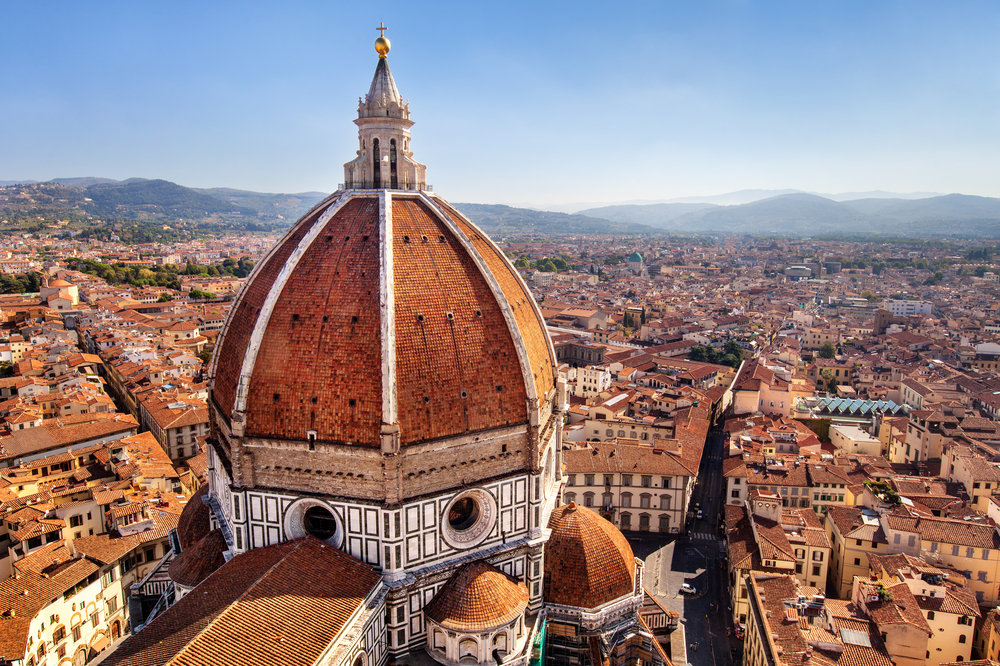 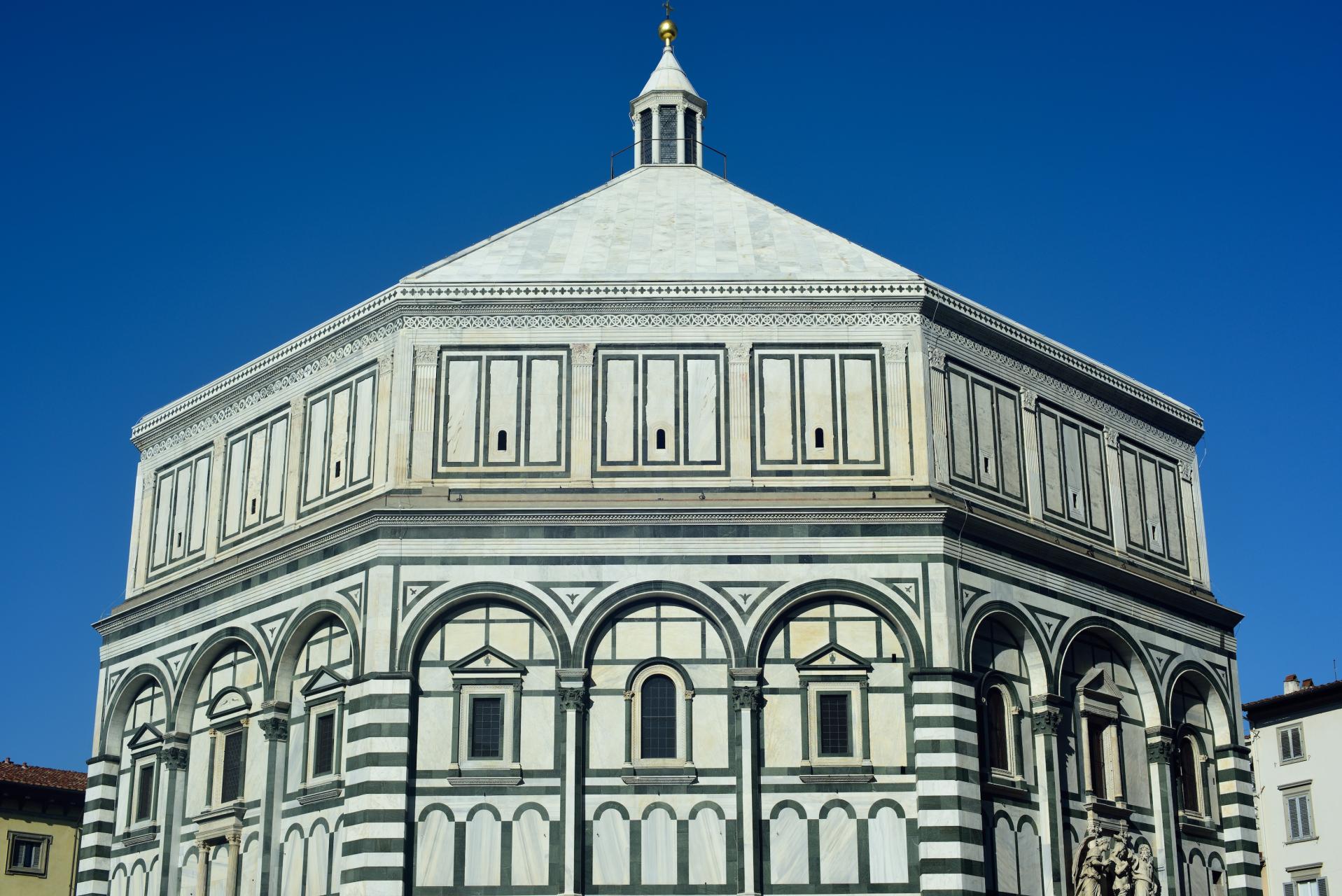 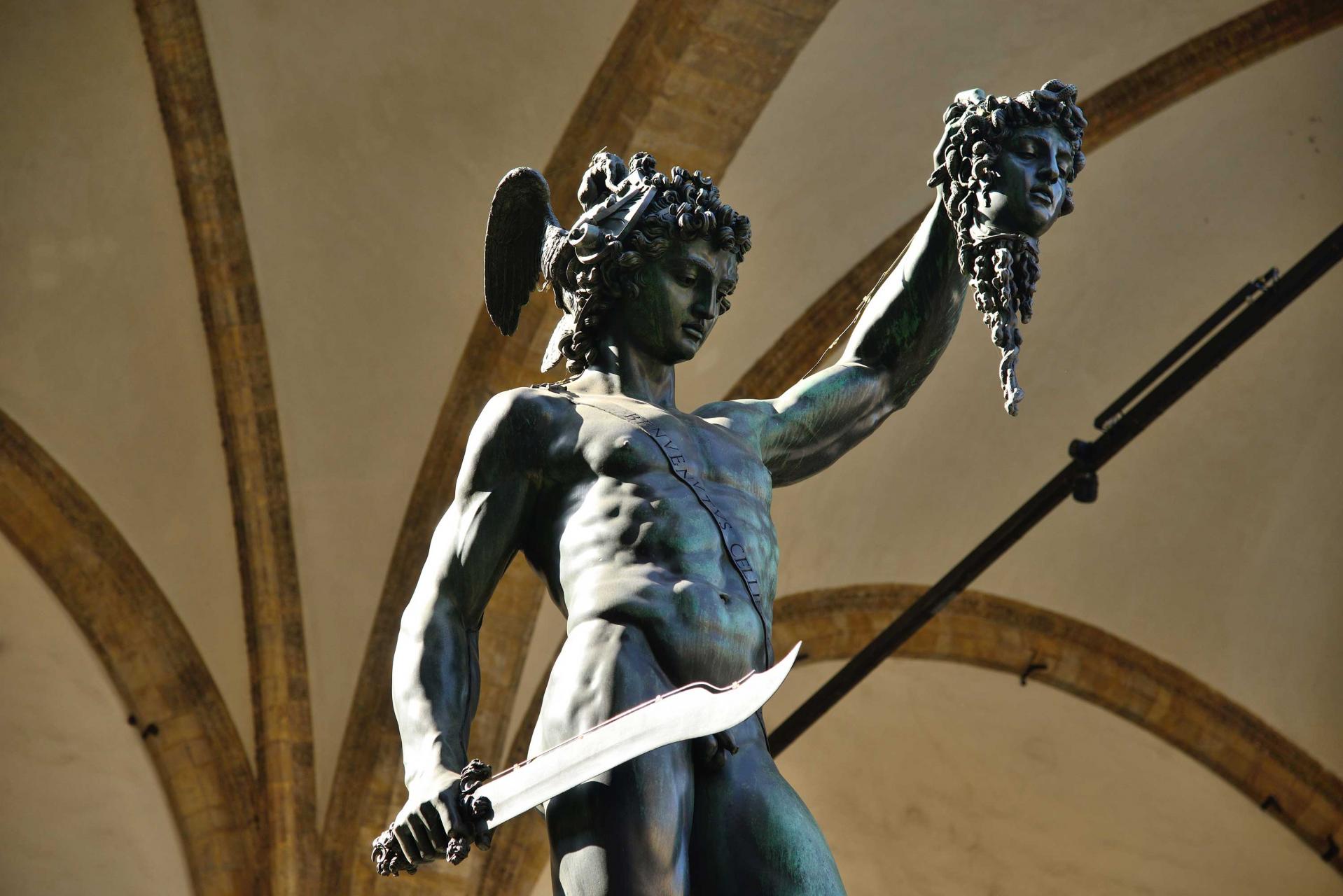 A Florence guided walking tour is definitely what you need when arrive in town, especially if you are a first time visitor. The area of monuments is quite small and any local will tell you that it is almost impossible to get lost in this town … but everything seems easier with a private guide who helps you to get familiar with its most famous spots. That’s why we do usually recommend to book an orientation guided tour showing the highlights of Florence.

Duomo comes from a Latin word that means “house of God” and it is how we call the Cathedral of Santa Maria del Fiore, built since 1296 by Arnolfo di Cambio to be the house of all the Florentines. The building has an impressive three colors marble decoration and is still considered the 3rd largest Catholic church in the world. It was completed after almost 600 years (...well, even Rome wasn't built in a day!) and is topped by the huge dome designed in 1420, which is often referred as a masterpiece of architecture.

This massive artwork changed forever the skyline of Florence and many people did not believe in the possibility to carry out the project. During our Florence guided walking tour will tell you about the fascinating story of its construction and the dream of a single man, Filippo Brunelleschi, who was convinced to bring back to life the buildings of antiquity and start what everyone knows as Renaissance.

The Baptistery is one of those buildings that seem to be born together with Florence.

This is the smaller building in front of the main entrance of the cathedral, the absolute pride of the Florentine religious architecture, dedicated to the patron Saint of the city, St. John the Baptist. When the works of the duomo started at the end of the 13th century, it already had today's aspect.

So when it was originally built? A legend tells that the Baptistery stands on the remainings of a former pagan temple of Mars but it is mentioned in records only from 897 d.C! Even maybe it was designed long before that age, this romanesque style construction should date back to the XI century and it is however the oldest in the square. The decoration was accomplished using white and green marbles and the bronze doors, the most famous named Gates of Paradise by Michelangelo, because of the beauty of the relief.

Next to the duomo you can also see Giotto's bell-tower, the most beautiful Italian “campanile” which rises up to 85 meters. The first architect working on it had a great experience as painter and he accepted the job a few years before dying. The original project was changed and it is possible to climb it up to the terrace on the roof.

The area is called Piazza Signoria, with the monumental Palazzo Vecchio, a 13th century fortress which is still the seat of the municipality. The city hall was built for the members of the medieval Government, named Priori and belonging to the richest families in town: merchants, bankers and heirs of the ancient nobility who were often in fight to get the leadership of the state.

One of them will tie its destiny to the history of Florence: the Medici family. From the age of Cosimo I they lived into the elegant apartments inside the palazzo, actually turned into a museum made on purpose to carry out his new function of Prince and soon appointed as Grand Duke of Tuscany. The square is also a sort of open air museum where you are surrounded by remarkable statues such as Hercules, the bronze Perseus, the Rape of Sabines, the huge Fountain of Neptune and the replica of Michelangelo's David standing in front of the entrance door of the palace.

It is the very same from the 14th century and at the beginning it was the place of butcher's shops, later switched to the goldsmiths that you still find there: gold, silver, coral, diamonds, pearls, watches and modern jewellery will tempt you from the store windows.

Leaving the bridge we can stop at the Porcellino Market: be ready with a coin to rub the nose of the wild boar fountain and ask for some good luck! From this area we will enter the medieval district, the oldest quarter of the city center, strolling around narrow alleys and tower-houses up to Dante's house, supposed to be the place where the Italian most famous poet spent his childhood.

A lively square designed in 1895 which is very popular also among locals. After sunset you can often attend the show of street artists and have dinner into historical restaurants and cafes that have been the meeting place for many painters and poets in the past.

Note: this tour does not include the entrance inside the cathedral, because of the long lines. Entrance is for free.

To enter the Baptistery, the crypt of Santa Reparata, the Opera museum and climb the Bell-tower and the Brunelleschi's dome you need the cumulative ticket and get the mandatory booking (only for the dome)