Tours / Guided Tour of the Oltrarno District of Florence 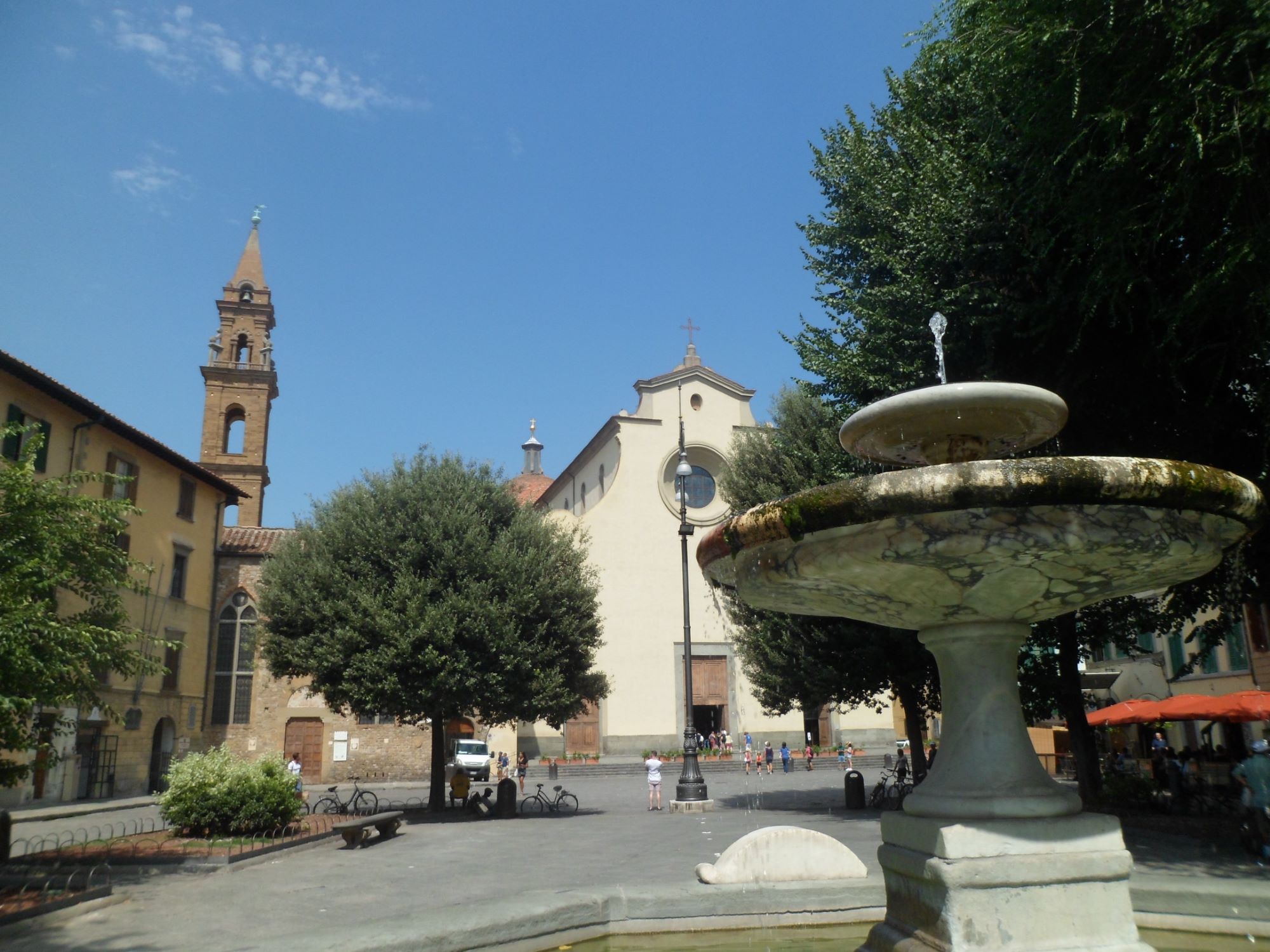 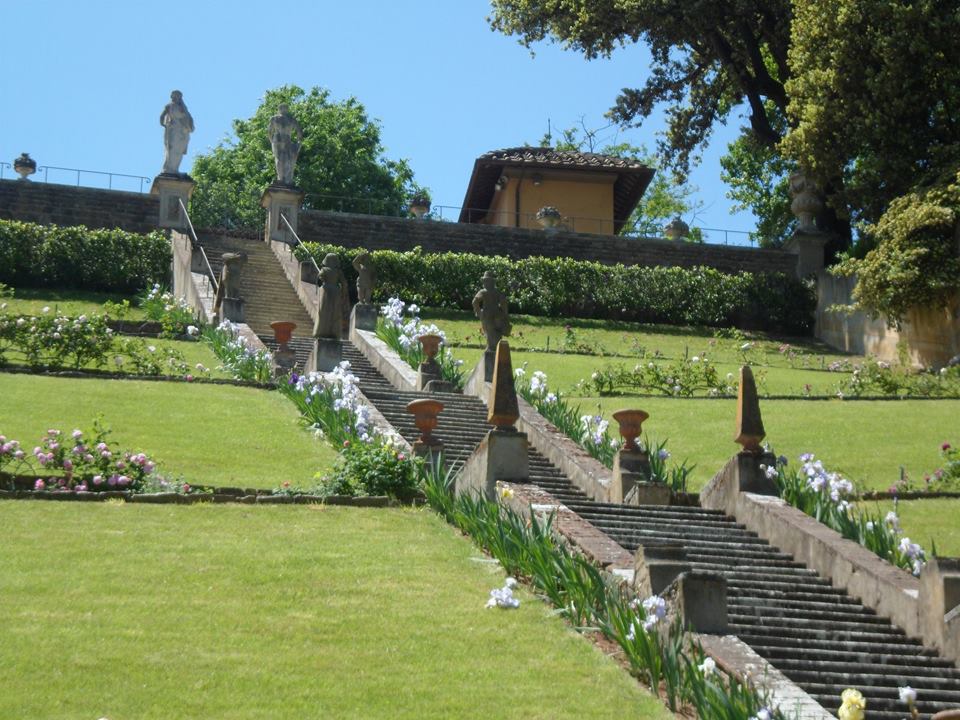 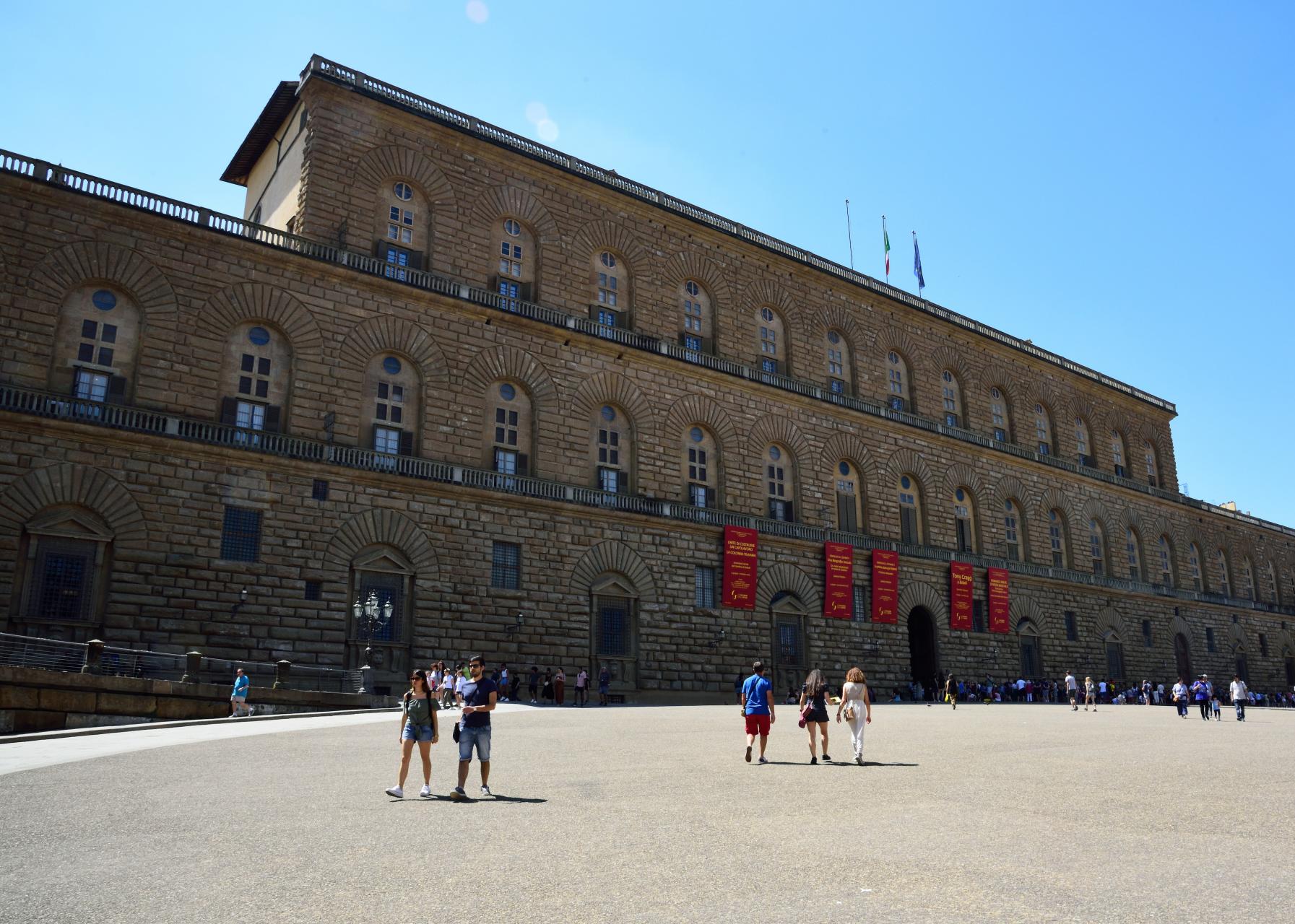 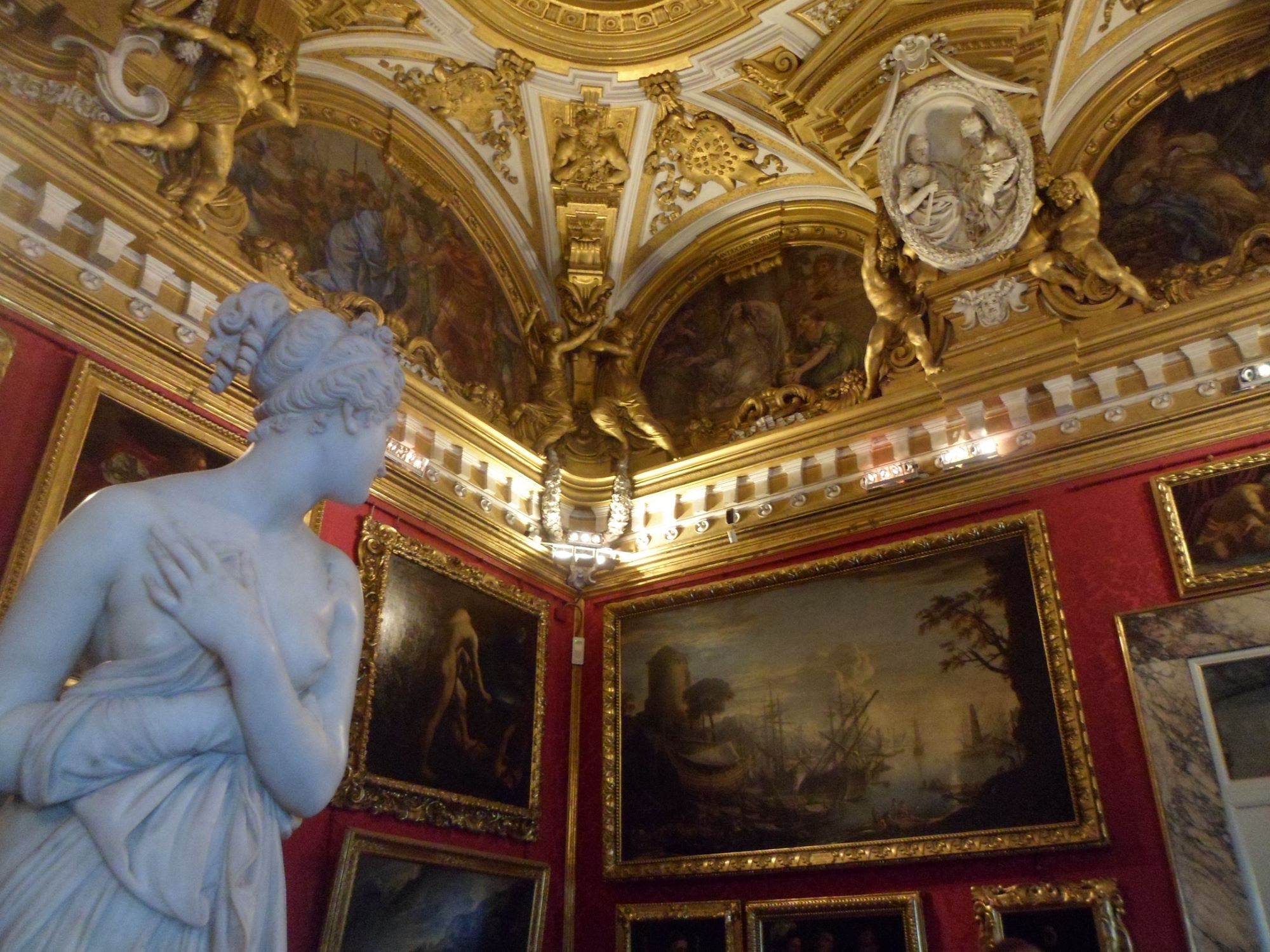 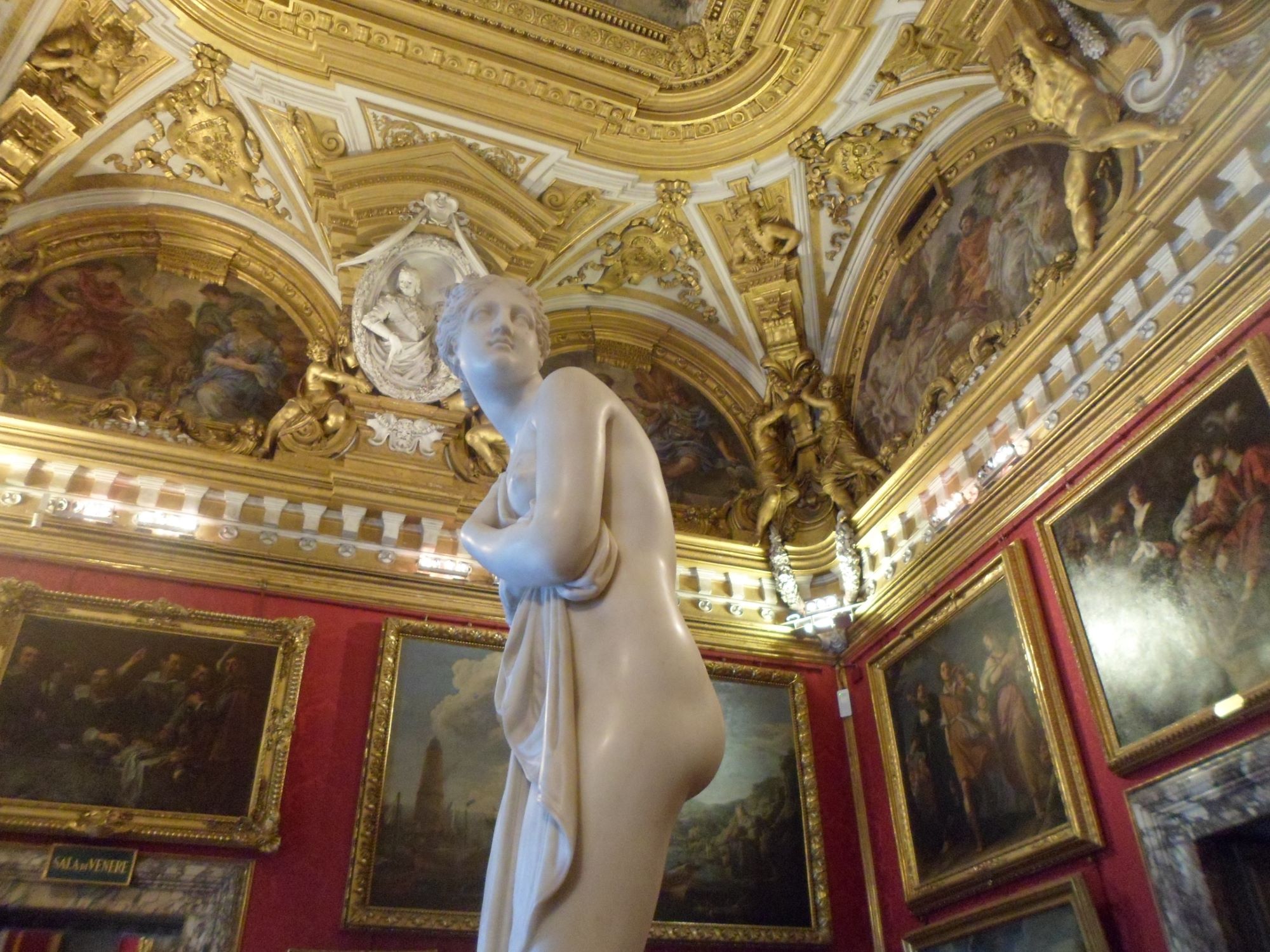 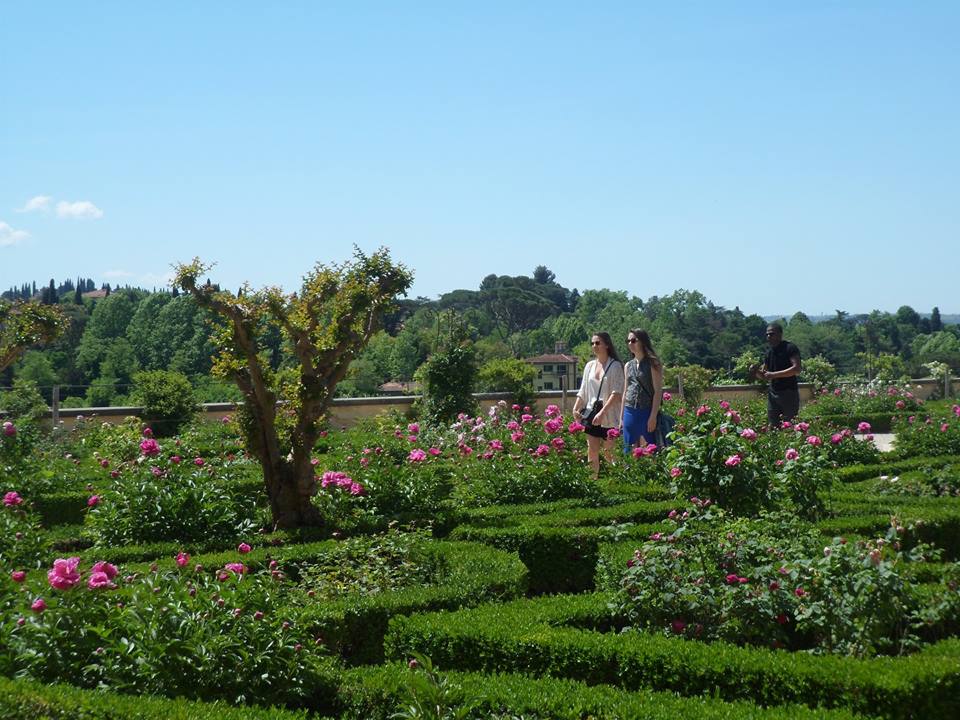 Just step on the other side of the Arno river and we will be in the neighborhood famous for craft shops, markets, typical restaurants, museums, churches and gardens. Whether you love art or you love greenery, this is the right place for you! One of the Florentine excellence is local handicraft and it is just in this area that you can still find workshops and laboratories producing typical goods, according to the old techniques: leather, mosaics, marbled paper, jewellery etc. everything strictly handmade! In case you want to learn more about these ancient crafts and have a very amazing experience turn to the page dedicated to local artisans tours

Concerning monuments, there is a lot to see in the Oltrarno

We might start from Pitti palace, the largest private “palazzo” in Florence, assumed to be designed by Filippo Brunelleschi for the banker Luca Pitti in the 15th century and later turned in the Tuscany Grand Dukes Court by the Medici family. A single ticket is now available to visit all the museums inside this building: the Palatine Gallery with the Royal Apartments, the Treasury of Grand Dukes, the Modern Art Gallery and the Museum of Costume and Fashion.

A different ticket is required to enter the celebrated Boboli Gardens, a real outdoor museum designed for the Medici family as model of Italian style gardens

The Palatine Gallery (literally “gallery of the palace”)

is located on the first floor and was founded at the end of the 18th century by the Hasbourg-Lorraine family, the noble dynasty ruling in Tuscany after the death of the last members of the Medici family. They selected the best pieces from their collections, to be arranged in the former winter apartments. Rooms preserve almost intact the original setting and are enriched by statues and tables with semi-precious stones inlay; the most impressive decoration was designed by Pietro da Cortona for Ferdinando II de' Medici into the Rooms of Planets (1640-47) with frescoes on the ceilings illustrating stories from mythology, allegorical figures and portraits of important components of the family. This gallery has the largest concentration of paintings by Raffaello in the world (11 works) but also hosts remarkable artists such as Andrea del Sarto (16 works), Tiziano (15 works), Rubens (10 works) and Caravaggio (3 works).

The Treasury of Grand Dukes is housed on the ground floor into the former summer apartments of the residence.

Rooms were decorated with frescoes on the occasion of the marriage between Ferdinando II de' Medici and Vittoria della Rovere since 1637. The Medici's treasure consists of tables and furniture with the typical semi-precious stone inlay known as commesso fiorentino and an incredible collection of objects made of rock crystal, ivory and amber as well as the jewels of Anna Maria Luisa, the last heir of the family.

The Modern Art Gallery is on the second floor inside the rooms once inhabited by the Hasbourg-Lorraine family and presents Neoclassical and Romantic style artworks.

The itinerary starts with the works commissioned during Napoleon's domination and ends with paintings about Decadence, Symbolism and Post-Impressionism movements. A section of primary importance is the one dedicated to the Macchiaioli school, the very first Tuscan vanguard trend born around 1855 and depicted through the labour of the founders Giovanni Fattori, Silvestro Lega and Telemaco Signorini.

It is a wing of the palace built by Gaspero Maria Paoletti since 1776 for the Grand Duke Pietro Leopoldo and named after the astronomical instrument (a sundial) made by Vincenzo Viviani, a pupil of Galileo Galilei, in 1699. It is one of the youngest galleries in town since it was opened in 1983 and is the first dedicated to the history of fashion and its social role. Clothing and accessories are displayed in rotation and date from the 18th century to nowadays except for the permanent exhibition showing the 16th century funeral clothing of Cosimo I de' Medici, his wife Eleonora and their son Garzia.

Behind the palace are the stunning Boboli Gardens, defined as the prototype of Renaissance gardens.

The Italian style garden is distinguished by the geometrical rigour of forms, in order to achieve the perfect harmony between architecture and landscape. That's why it is populated by statues and fountains and adorned with artificial caves like the so-called Grotto of Buontalenti, built in limestone since 1583 and that once housed the original statues of Prisoners by Michelangelo, now at the Galleria dell'Accademia. The original layout of gardens dates back to the Medici times but it has later additions, such as the Kaffenhaus, a rare sample of Rococo design in Tuscany and the Limonaia, the Lemon House built by Zanobi del Rosso in the 18th century to provide a winter shelter for the collection of citrus trees set all over the garden.

It is not hard to believe we can spend an entire day in this place.

If you are not interested in Pitti palace museum, take a look to a different combo tour, discover more!


Tuesday to Sunday - NOT available on Mondays
Duration: half day or full day